The story of the Huskies starts in the Arctic region of Siberia in Russia. Around 3000 years ago, the semi-nomadic Chukchi people sought to breed the ideal sled dog when they were expanding their hunting grounds. The Chukchi dogs had endurance; they could survive on small amounts of food and were able to handle extremely cold temperatures. Siberian Huskies are believed to be the closest breed to the original Chukchi dogs.

The most commonly used dog for dog sled racing is The Alaskan Husky. These are not purebreds, but mongrels that are selectively bred for their sleigh-pulling and racing abilities. It was originally bred in Alaskan villages from a variety of northern breeds including the Siberian Husky, the German Shorthaired-Pointer and the world’s fastest dog breed… the Greyhound! This super runner can run at speeds of more than 70 kilometres (45 miles) per hour!

Some call The Alaskan Husky the Indian Dog, as it is believed to have originated as a native American village dog. Despite sharing a similar genetic ancestry, The Alaskan Husky does not share the general similarities in appearance that characterize most of the other sled dog breeds, such as the Siberian Husky and Alaskan Malamute.

Bred for its Performance

There is no formula for the right way of breeding an Alaskan Husky. Today the typical Alaskan Husky is a mix of different breeds, depending on the breeder’s preferences and needs in a sled dog. Individual dogs are raised for different types of sledding such as sprinting, long distance running or pulling heavy loads. In general, pulling ability and team player qualities are more important than creating a certain look, therefore the dogs’ looks can vary widely.

Bred as sled dogs, the Alaskan Huskies love running. If they are not given sufficient opportunity to exercise and romp around, they will seek it independently. This is one of the reasons why they are normally not bred to be pets. They love being around people, but not many ordinary families have the time nor energy to give the Alaskan Husky enough physical and mental stimulation seven days a week. However, you will find a huge number of Siberian Huskies as family pets around the world. Their distinctive furry appearance, often with a facial mask and blue almond shaped eyes, is most probably an important factor. But it is important to remember that the Siberian Huskies are also sled dogs that need a lot of exercise and stimulation to live happy lives.

Happy Huskies are Born to Run

If you want to experience the husky in its right habitat, dog sledding is the way to go. You can join organized tours where you can be the driver yourself, get to know the dogs and feed and care for them when they deserve a break. This is also a great way to experience the magical Arctic nature, and if you’re lucky, The northern lights will brighten up the sky and make your experience perfect.

You can also watch the professional sled dog drivers race against each other with the fastest dogs in action. Finnmarksløpet is Europe’s longest dog race, arranged every year in Alta in Norway’s northernmost county of Troms and Finnmark. In addition to the actual race, the buzzing atmosphere in a beautiful wintery landscape will truly make this a memorable experience.

The Huskies are amazing creatures that appeal to many more people than merely dog lovers. When you hear Huskies howling, they divulge that they are one of the breeds that share the most DNA with wolves. When you give them attention, they seem extremely loving and grateful for your interest in them. But it's when you see them run that you experience the dogs happily doing what they love most. Because Huskies were born to run. 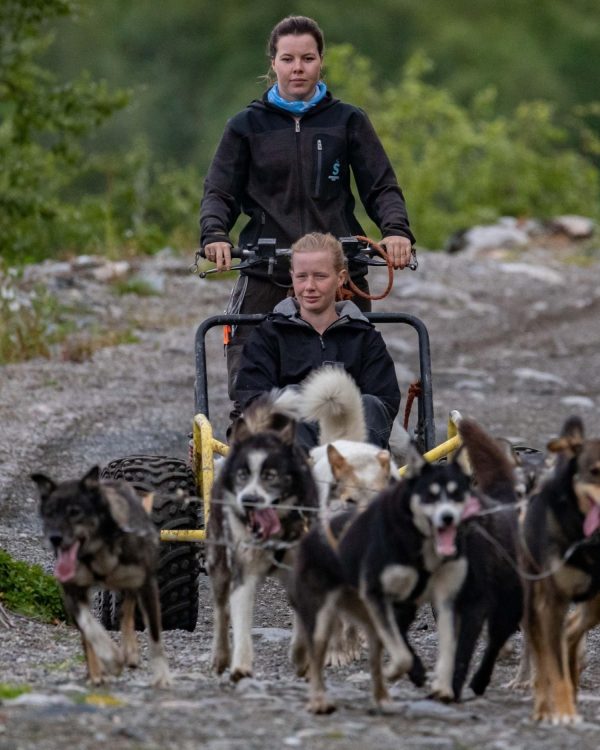 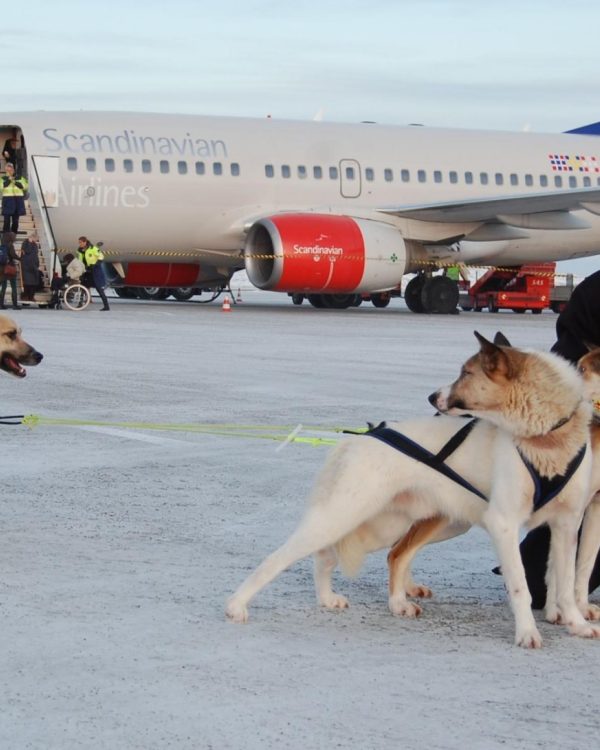 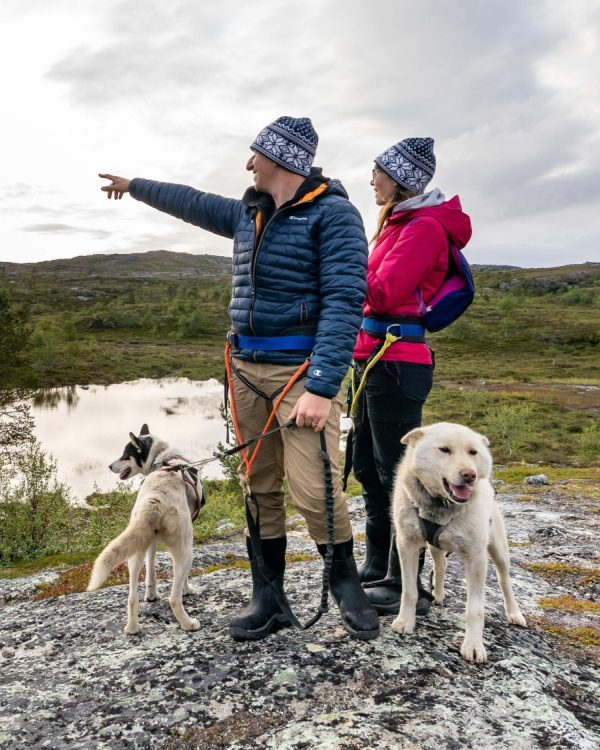 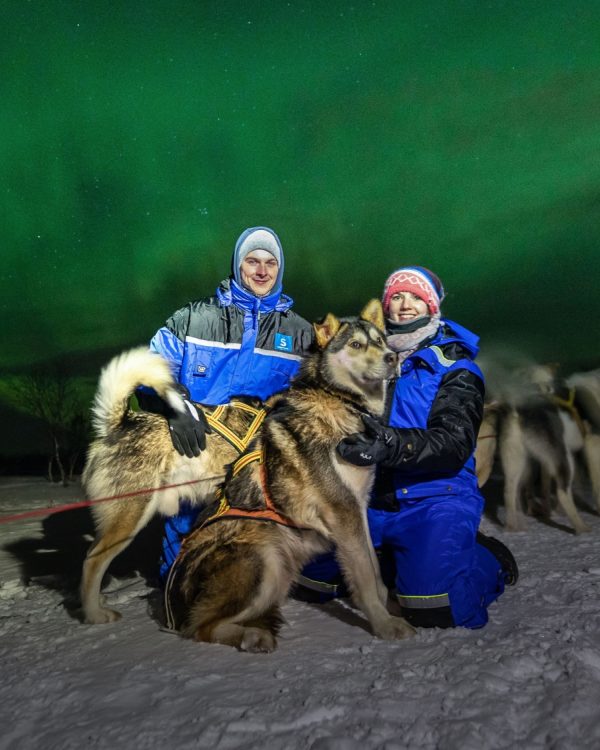