Want to experience a real Norwegian fjord cruise to see Northern Lights in Tromsø, Norway? Tromsø is one of the best places in the world to see the Northern Lights at sea. Have nature’s own fireworks in perfect display, in a comfortable and chill way, onboard one of our fjord cruises! Why spend hours on a bus, if you love the sea?

Chase the Lights at Sea

You actually have a better chance of catching the lights out at sea rather than in the city as you need to get away from the light pollution to get a proper view of the show. There are a few options to choose from if you want to go on a Northern Lights cruise, and Tromsø is one of the best places in Norway to set sail from.

It’s not easy to say exactly when the best month to see the lights are, but hopefully the overview below will give you some pointers.

September – October: This period doesn't have long periods of darkness, but there is still a lot of solar activity during these months.

November – February: During these months, you won’t see the sun much in Northern Norway. The darkness is a major factor for aurora observations, but there is a higher chance of snow and cloud cover during these months – which could affect your chances of catching the lights.

March – April: These months have more daylight than in the winter months, but will, like the autumn period, still have a lot of solar activity, so there is still a good chance of aurora sightings in Northern Norway.

Catching The Lights in Tromsø

The phenomenon can actually occur all year round, at all hours of the day, but the lights are only visible during winter when the sky is dark and clear. During summer it’s too bright outside for you to get a good view of the lights and even during winter you’ll have the best chance of seeing them if you go out of the city and away from the light pollution Light pollution is caused by city lights, signs and buildings – and of course the sun.

The reason Tromsø is one of the best places for a light chase is due to its location in the heart of the Aurora Zone in the Norwegian Arctic. On a clear night in this city, you won’t have to travel far to see the Aurora Borealis. If you are looking for some of the best cruises to see the lights there are some great options in Tromsø.

The goal of this trip is not only to catch the lights, but also ensure that you get the million dollar shot of the phenomenon. This is a short cruise, lasting for about 3,5 hours. You’ll set off from the centre of Tromsø, and when the aurora conditions are right, the captain will slow down and let the boat drift along with the current. When nature's own disco appears in the sky, the guide will help you set up the camera and offer to take the photo for you.

The Aurora Forecast Tells us Where to go

The direction you cruise off in will all depend on the Aurora forecast and the weather predictions of the current day. The Aurora forecast can help predict when the Northern Lights will appear next and if you are interested, you can check out the Northern Lights predictions yourself on a website or download an app to your phone. This way you see the chances of the lights occuring at the time of your visit.

The apps will show you both short term and long term predictions, but it's more difficult to predict the lights occurrences over the long term. The best way to forecast the lights advance is with the long-term KP index. The SpaceWeatherlive is very intuitive to use.

This is a relaxing cruise where you can enjoy an Arctic tapas dinner in a 360-degree panoramic lounge while the Northern Lights illuminate your surroundings. Here you’ll cruise around past snow-covered mountains and landmarks like the Arctic Cathedral. During the trip the captain will also launch an underwater drone, allowing you to have a closer look at the marine life below you.

Missed the Lights? Join a Second Cruise for Free!

Aurora borealis is a natural phenomenon and there is never any guarantee that you’ll be able to see the lights on any of the trips. If you have booked the Northern Lights Photo cruise and didn’t catch the lights on your trip, you can book a second trip free of charge. This way, should you not have a successful chase, you’ll get another chance to get a glimpse at these spectacular lights.

How to Take Pictures of the Northern Lights
9 min read
Northern Lights Myths
4 min read
Facts About the Northern Lights
7 min read
W hether you are going travelling with a partner, your family or with friends, a Northern Lights trip is fun for everyone. Maybe you saw the lights on your Hurtigruten trip and want to experience them again in a setting that allows you to take proper photos of them. Or maybe you are in Tromsø on an Artic adventure vacation and want to include a relaxing sea trip to your trip. In any case, the boats are spacious and have comfortable lounges where you can chill, enjoy the views, have a cup of coffee, snacks or a light meal.

What to bring on a Norwegian Northern Lights Cruise

In Norway the weather and temperature can change fast. When going on a winter or fall excursion above the Arctic circle, we always recommend dressing according to the season and in layers so you can adjust your clothing to the weather conditions. If you need an extra layer when out on one of our tours, we can offer you a winter overall suit.

Apart from that, you only need to bring a sense of adventure and a camera.

Check out some of our cruises 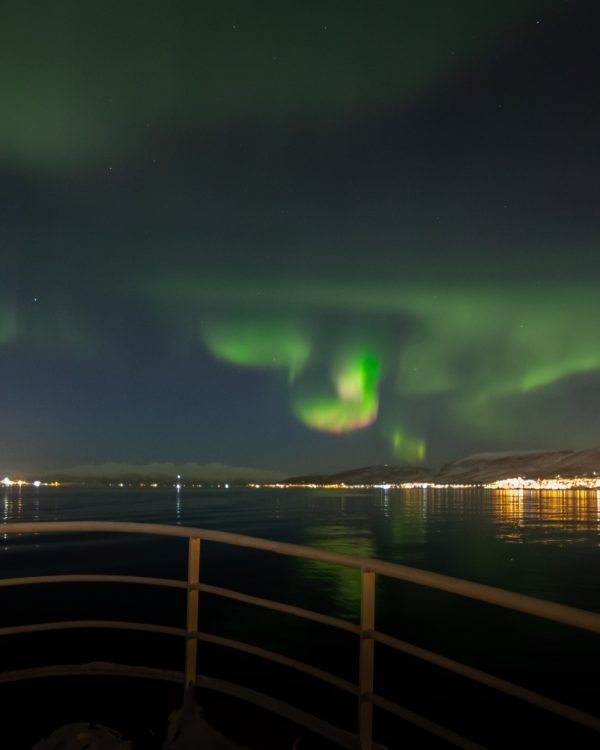 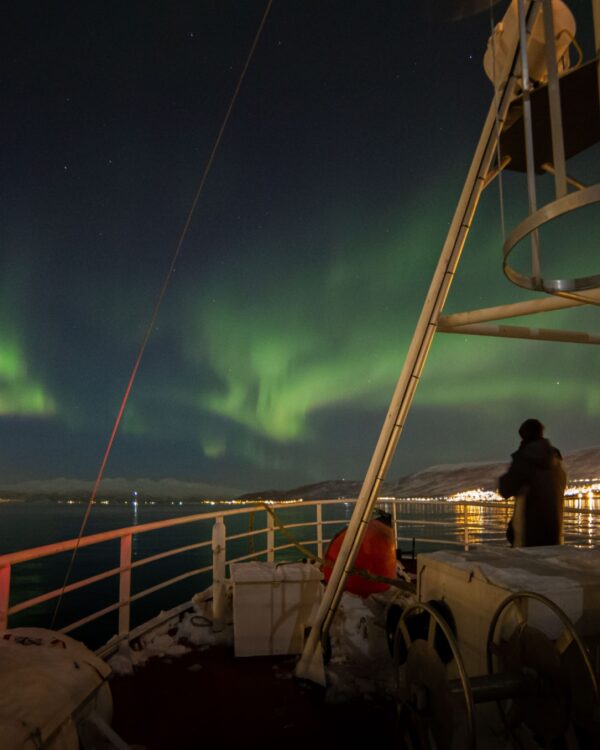 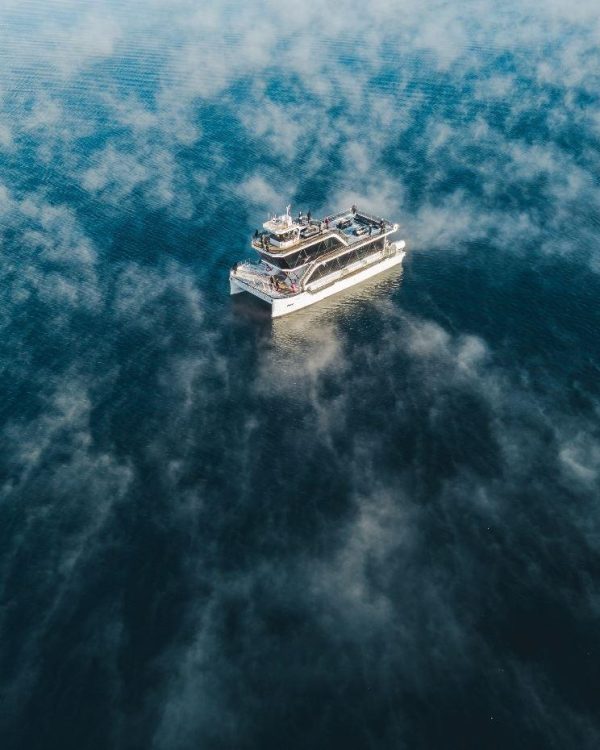 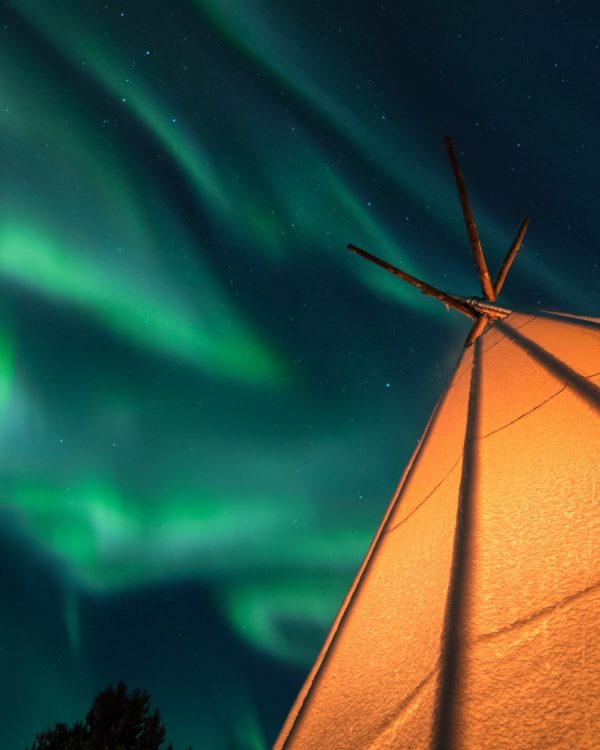